I first saw this little bike at a parking lot near my home, I admired it for some time hoping to meet the owner, alas it was not to be.  A year or so later, my friend Paul shows up for a group ride on this bike; he had the same story, but he put a business card on the bike and ended up owning it. Long story short, I finally got it!

I’m going hog wild on this project, putting in a XT350 engine with TT350 motocross camshafts. This little bike is amazing, I can pick it up off the ground, it weighs about 250 lbs. With the bigger engine it should have 30-33 HP. The handling is the best of any bike I have.

Time to get it in the shop… 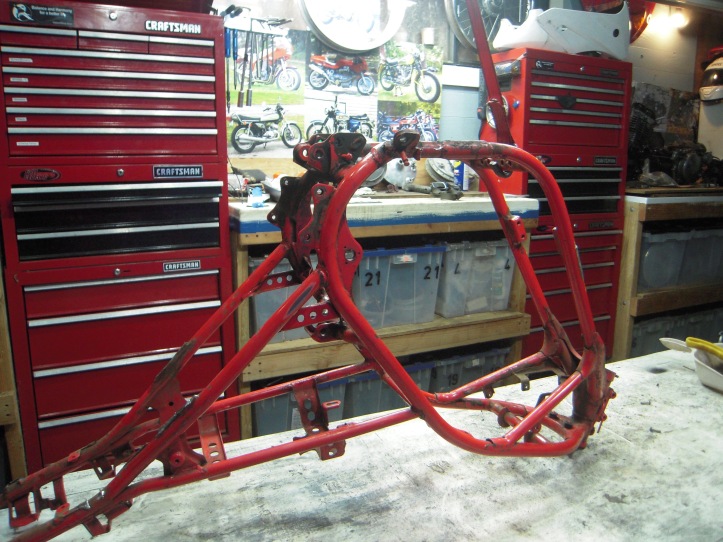 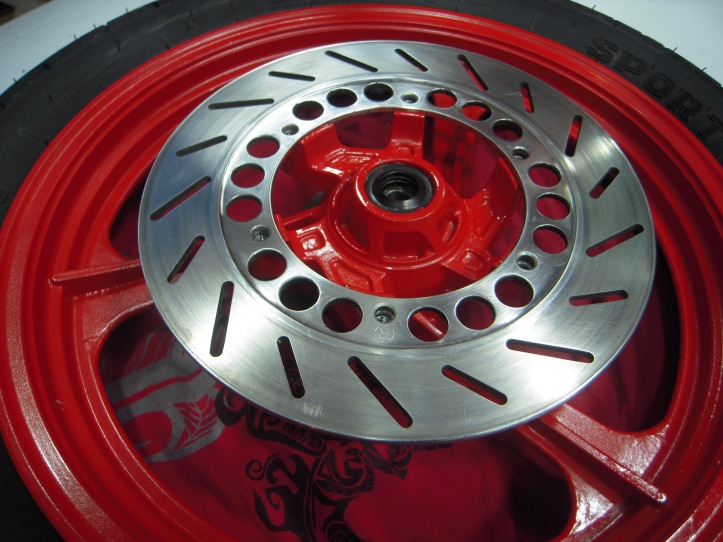 The picture below shows where I had to cut the swing arm into two and weld a plate across to re-enforce.  This was necessary because the larger engine has a boss at the swing arm pivot. I also installed zerks for lube grease.

We are getting there, the tank had a hole in it at the top near the cap. Dave brazed it for me, then I cleaned and coated the tank inside and filled all the dents, nicks etc. The lower faring will get fixed with epoxy and fiberglass. 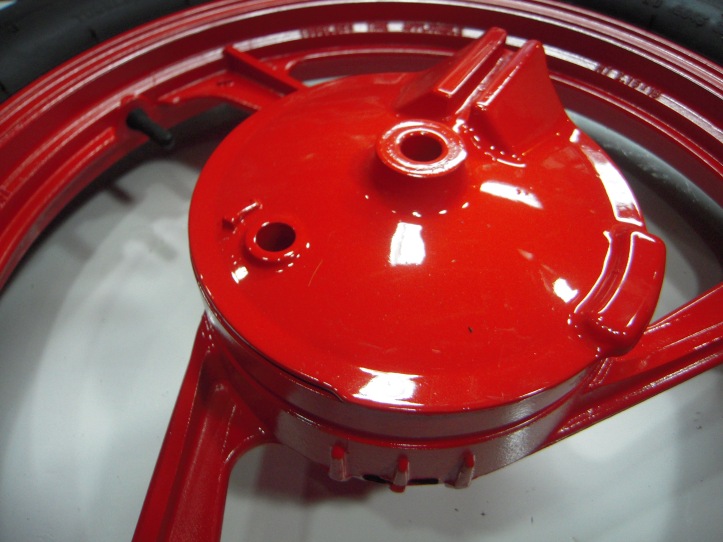 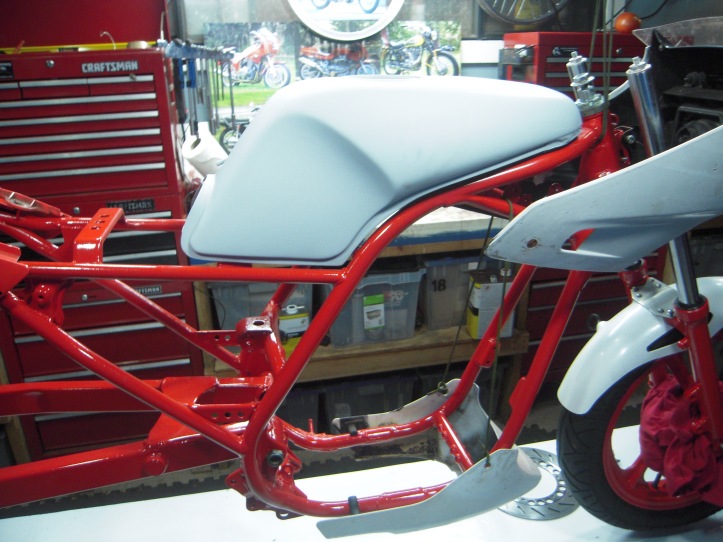 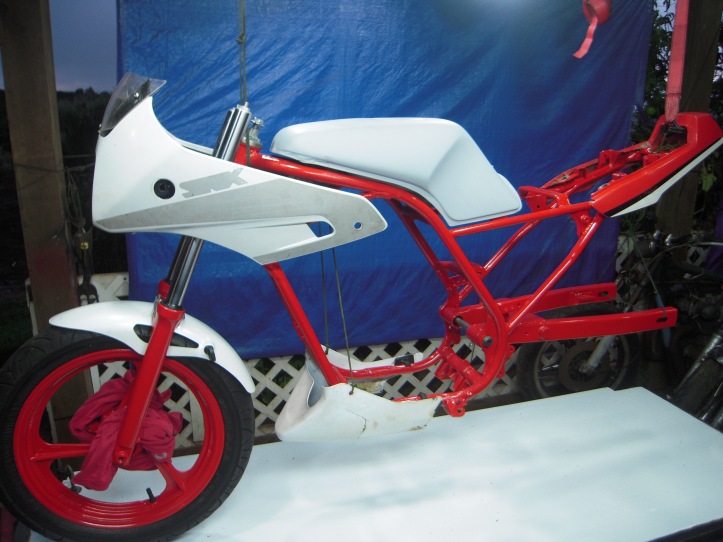 I have a black seat cover, and will do the body work in white. Right now I’m working on electric and chassis

Waiting on the engine and the rear shock.